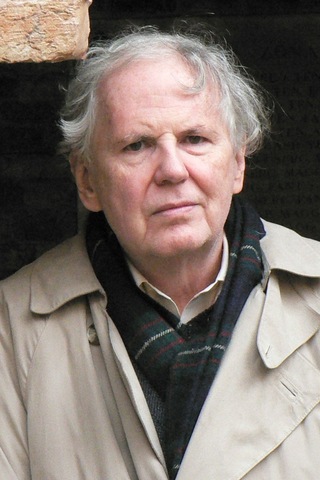 Thomas Hine is a writer on history, culture and design. He is the author of five books, and he contributes frequently to magazines, including The Magazine Antiques, Philadelphia Magazine, Atlantic Monthly, Martha Stewart Living, Architectural Record and others. For several years, he was a senior contributing writer to Home Miami and Home Fort Lauderdale.

In June 2014 he began writing a biweekly column on art museum exhibitions for the Philadelphia Inquirer. From 1973 until 1996, he was the architecture and design critic for the Inquirer, where he wrote a weekly column, "Surroundings," and numerous other articles on planning, preservation, and other environmental and aesthetic issues.

He has been praised in the New Yorker by John Updike for his "mischievously alert sensibility, and was recently cited by House & Garden as "America's sharpest design critic." Populuxe--a word he coined as the title of his first book to describe the styles and enthusiasms of post-World War II America, has entered the language and is now included in the American Heritage and Random House dictionaries.

In 1977 and 1978, he was a Ford Foundation fellow, travelling in Iran, Kuwait, Saudi Arabia, the Soviet Union and elsewhere to study the impact of rapid political change on architecture and planning.

He was guest curator of Promises of Paradise, a groundbreaking 2007-2008 exhibition on the design of post World War II South Florida. He also was an adviser to the Orange County Museum of Art on its 2007-2009 touring exhibition Birth of the Cool and wrote an essay for its hignly-praised, award-winning catalogue. Earlier, he was guest curator for the Denver Art Museum touring exhibition US Design: 1975-2000.He also wrote one of the essays in its catalogue. He worked with the National Building Museum on On the Job, a 2001 exhibition and catalogue about offices, and with the Fairmount Park Art Association on its New LandMarks exhibition and catalogue, which explored a new approach to public art. In 1989, he was an advisor to the Museum of Contemporary Art, Los Angeles, on its exhibition, Landmarks for Modern Living, about the post World War II Case Study House program, and he contributed an essay to its prize-winning catalogue.

Other books to which he has contributed chapters include Volare(1999) and Material Man (2000),both created by the Fashion Engineering Unit of Florence Italy, and Life: A Century of Change (2000).

One of his most unusual projects was as multimedia editor for the electronic edition of Bartlett's Familiar Quotations. His task was to consider what still images, moving pictures, music, and sounds have become familiar quotations in our multimedia culture.

He has taught courses at both the University of Pennsylvania and Temple University. He has lectured at Yale, Syracuse, Drexel, and Michigan State Universities, museums including the Philadelphia Museum of Art, the Museum of the City of New York, the Cooper-Hewitt National Design Museum, and the Worcester Art Museum, and to professional and trade associations including the American Institute of Architects, the Canadian Pulp and Paper Association, and the Beer Marketing Symposium. He wrote and narrated a series of short programs on architecture for WHYY public television in Philadelphia, and did two programs on design for New Jersey Network. In other television appearances, he discussed packaging on the Today show, and spoke on Entertainment Tonight about the meaning of stereophonic sound.

He was born in suburban Boston, grew up in Connecticut, and graduated from Yale. He has lived in Philadelphia since 1970.